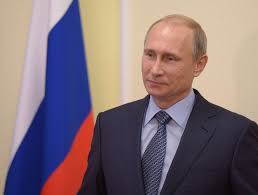 A poll shows trust for Russian President Vladimir Putin among his countrymen has reached a new record high amid his handling of the ongoing economic crisis and the conflict in neighboring Ukraine.

The survey conducted by Public Opinion Foundation and released on Friday revealed that Putin’s trust rating stands at 85 percent, up from 75 percent a year earlier.

The poll also showed that 84 percent approved of Putin’s work as the country’s leader and only seven percent were discontent.

In addition, the results showed that 74 percent of Russians would vote for Putin if presidential elections were held next weekend, compared to 45 percent in February 2014.

The head of the Russian Institute of Socio-Economic and Political Research, Dmitry Badovskiy, commented on the figures, linking the new surge in Putin’s ratings to his strong stance on the Ukrainian crisis as well as his ability to deal with the country’s ongoing financial problems.

The Russian economy is currently grappling with different problems. Russia has been hit over the past year with a series of sanctions imposed by the United States and the European Union, which accuse Moscow of supporting pro-Russia forces in eastern Ukraine. Russia categorically denies the allegation.

In addition, the country’s inflation drastically increased to 11.4 percent last year with prices of food up by 15.4, non-food products by 8.1, and service costs by 10.5 percent.

This is while the Russian currency ruble fell to a new record low against the US dollar last month to 69 per 1 dollar. Since the beginning of 2015, the ruble has lost almost 15 percent of its value.

The Russian economy has been also strained by the tumbling oil prices.